The Swing of Things: NOMOS GLASHÜTTE Declares its Independence by KATIE WUDEL

The Swing of Things
NOMOS GLASHÜTTE Declares its Independence

With the premiere of their new Metro model, the charming independent brand NOMOS Glashütte rocked Baselworld 2014. Though the timepiece itself is compelling, it’s what powers the watch that caused a stir.

Yesterday, we gave you a primer on watch movements, including the escapement, which is arguably the heart of a mechanical watch movement. Comprised of high-precision components—the balance, balance spring, escape wheel, and pallet—the escapement is the system that powers a mechanical watch and sets its pace. A well-made escapement ultimately ensures that a timepiece will be accurate, even over time, and serves as a reliable indicator of a watch’s quality. 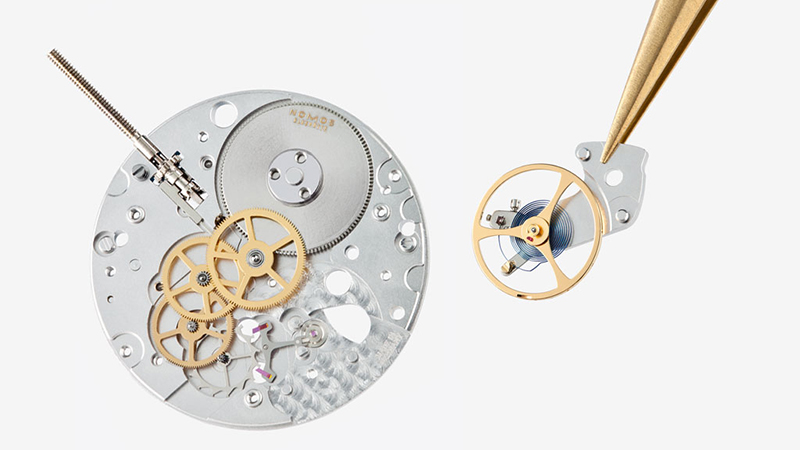 Tweezers hold the NOMOS balance and tempered blue balance spring
On the movement, are the escape wheel and pallet

Escapements are inordinately difficult and expensive to produce, particularly for younger brands unable to take advantage of economies of scale. Watch parts are very small, often thinner than a human hair, and must be interchangeable with each other. Mass-production of such finely formed components is thus quite challenging, and typically outside the realm of possibility for truly independent watchmakers delivering more than a few finished timepieces a year. The majority of components found in escapements today come from a single supplier based in Switzerland, and distribution is tightly controlled.

NOMOS Glashütte has long been celebrated for constructing its own movements, sourcing 75–95% of its watches’ value directly in Glashütte, a tiny German mountain town. There must be something in the water there, as the village is home to other such storied brands as A. Lange & Söhne and Glashütte Original. But NOMOS Glashütte was the first to earn the Glashütte stamp of origin, which stipulates that a watch must maintain a local value of 50%. (Essentially, for every $100 a manufacture spends on outsourced parts, such as balance springs, $100 worth of work on a movement must take place in Glashütte itself).

The brand has a history of going above and beyond to demonstrate its commitment to local talent (as well as its own self-sufficiency). With this new escapement, called the “Swing System,” NOMOS Glashütte has, in its own words, made a declaration of independence. Over time, the brand plans to integrate the Swing System into all of its in-house movements—without raising prices. Though you’ll see the Swing System in a few existing models, the all-new Metro is the first watch to utilize it. 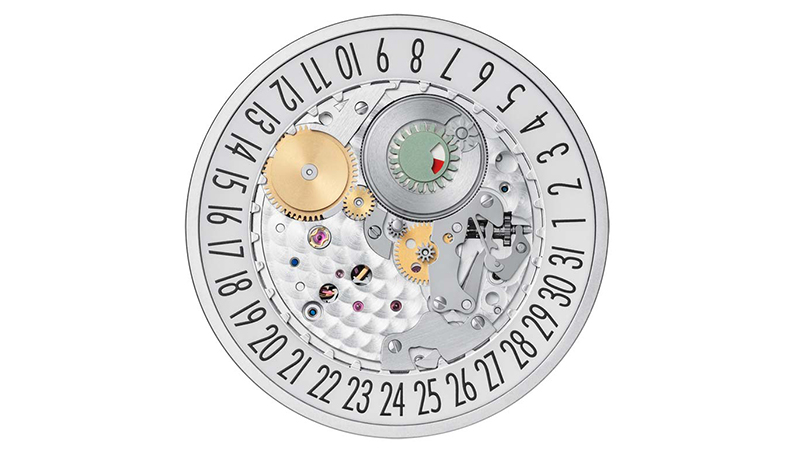 With an offbeat mix of mint and red accents, hour and minute hands resembling the nib of a pen, plus an off-center power reserve featuring a distinctive design, the Metro signals a whole new era for the brand. 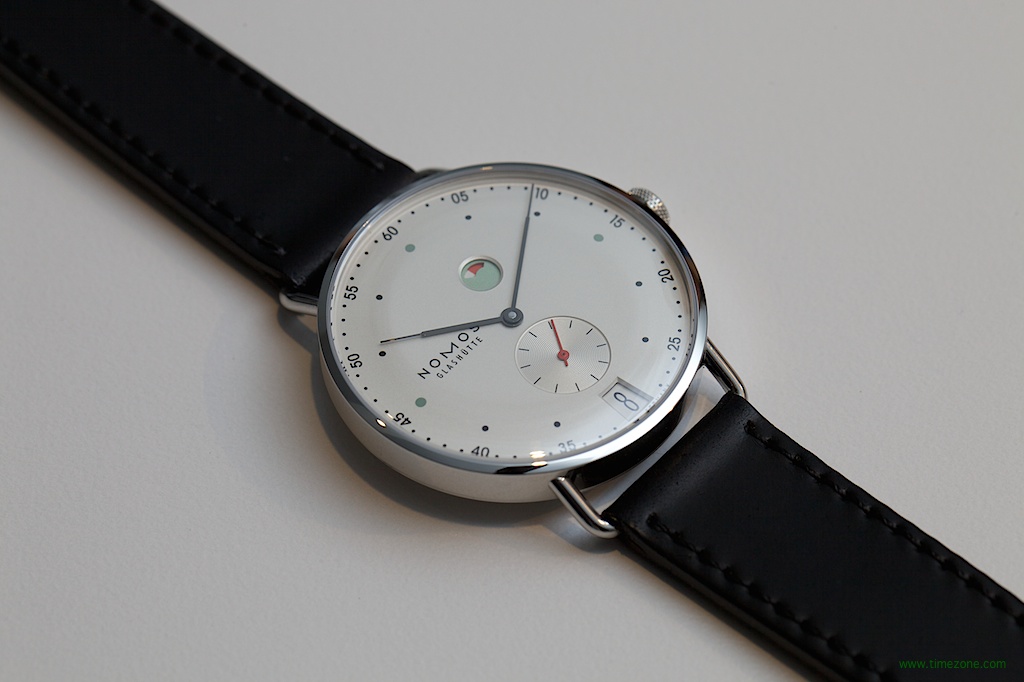 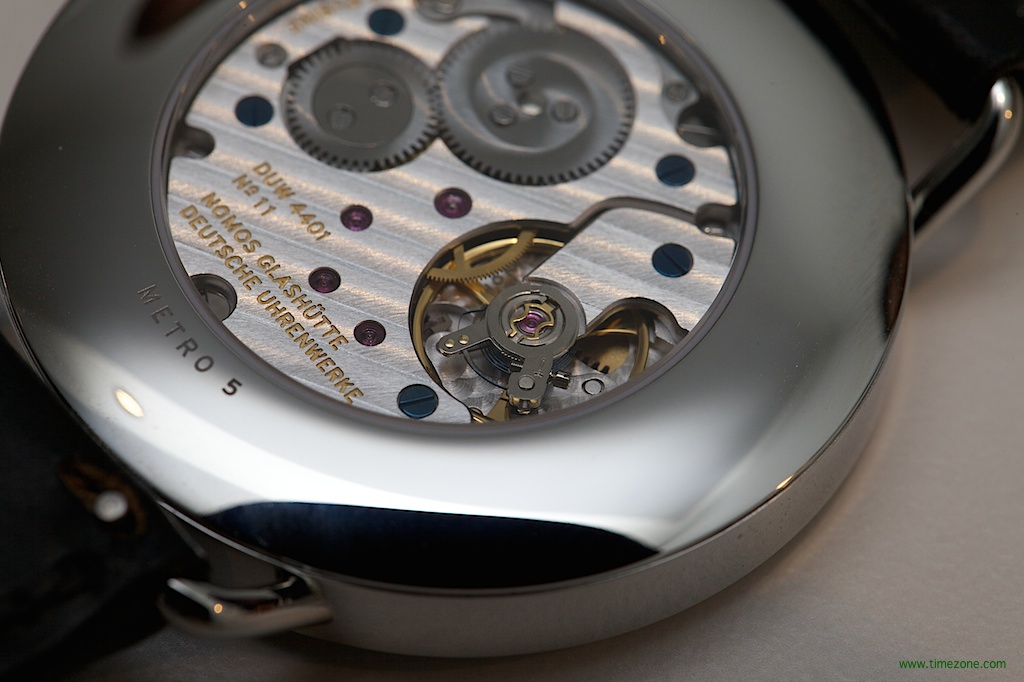 This is an exceptionally crafted timepiece, particularly at its price point ($3,780). To experience more of the brand’s expertise, take a look over a NOMOS Glashütte watchmaker’s shoulders in the short video below.

Katie Wudel is the Managing Editor of Our Minutes. Katie is a timepiece enthusiast and freelance writer contributing to such distinguished literary journals as McSweeney’s, Tin House, Prairie Schooner, and more.
About author