Bulgari12 Features1640 Jessica321
La Dolce Vita
Legion of Honor, Lincoln Park
It’s been three years since the spectacular Cartier and America exhibition at the Legion of Honor. The exhibition was organised by Martin Chapman, curator in charge of European decorative arts and sculpture at the Fine Arts Museums of San Francisco. Mr. Chapman also authored the exhibition’s catalogue.

I was so impressed by Mr. Chapman, that when I learned about his Bulgari project, I immediately reserved a seat to attend his lecture, “La Dolce Vita” that he presented two weeks ago. The art history lecture took place at the Legion of Honor’s Florence Gould Theatre and nearly all of the theatre’s 300-seats were filled.

Beautiful objects are Mr. Chapman’s passion. He has a lively manner of communicating the techniques and skills required to craft decorative arts, and he relates engaging stories of the people who owned them.

As Mr. Chapman further explained, the exhibition highlights Bulgari’s trajectory rising from the 1950s, when Italy was recovering from World War II, to the 1960s when Bulgari defined its own identity with the use of cabochon gemstones, predominantly in unusual colour combinations that gave the pieces a sense of volume. 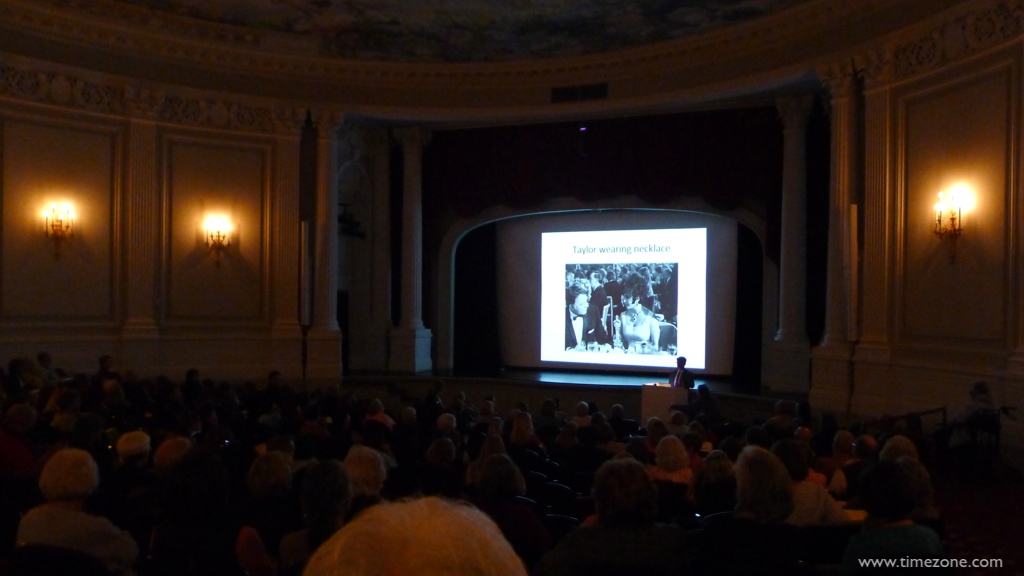 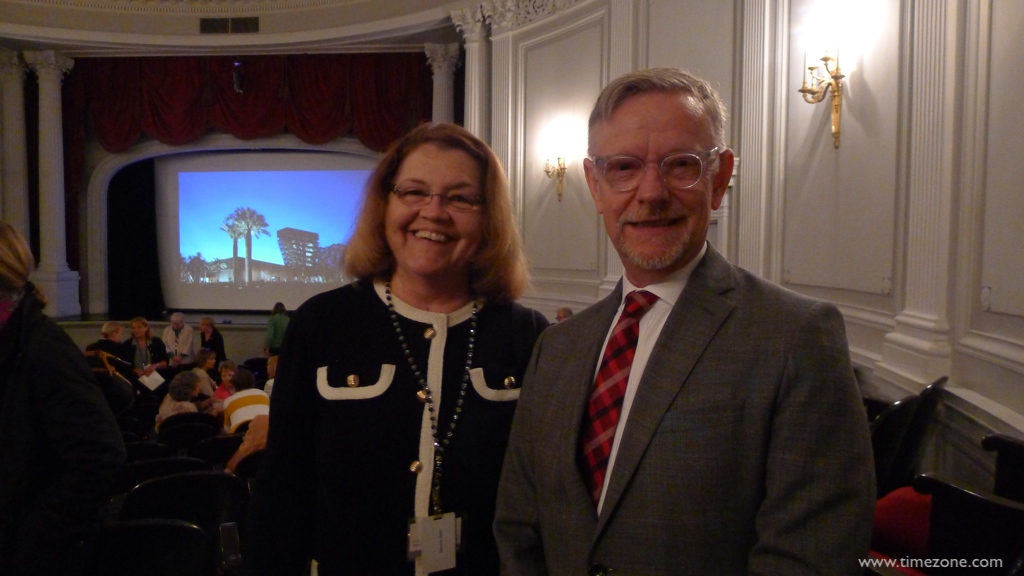 A week later, I returned to San Francisco for the exhibition’s opening. The rain started early and lasted until the afternoon. Since September is typically San Francisco’s sunniest month, the storm caught most people by surprise, including yours truly who had to make a detour for an umbrella. The upshot of the stormy weather was plenty of parking at Golden Gate Park and a relatively short wait for lunch at Tartine Bakery, afterwards.

The exhibition of 150 pieces is divided chronologically, into four decades from the 1950s to the 1990s. It further includes many pieces from the collection of Elizabeth Taylor recently reacquired by Bulgari from her estate sale in 2011.

Beginning in the 1950s, tremblant brooches represented Bulgari’s greatest successes in jewellery design. Bulgari reworked these traditional floral sprays with coloured diamonds and set the heads on springs so that they trembled when they moved. This technique, known as en tremblant (“trembling”), gave the diamonds extra sparkle and appeal.

From the mid-1950s, Bulgari began to develop a more distinctive and independent style. Bulgari’s works started to move away from diamonds and more towards coloured gemstones that were rounded, contoured and voluminous. By the 1960s, Bulgari’s opulent style emerged with a prevalence of large cabochons instead of faceted gemstones, unusual colour combinations, and overall sense of volume.

During the 1960s, Bulgari also had another defining moment when it successfully turned the serpent motif into a watch. Spiraling multiple times around the wrist with a watch case placed either inside the serpent’s head, or positioned in the center of the bracelet, the leading watchmakers developed movements for Bulgari’s Serpenti bracelet watch, including Audemars Piguet, Jaeger-LeCoultre, Movado and Vacheron Constantin. Bulgari also interpreted the spiraling bracelet design into its Tubogas bracelet watch.

Works from the 1970s and 1980s were influenced by Pop Art and other contemporary trends. According to Martin Chapman, “The hard-edged designs of the 1970s included a whole range based on the Stars-and-Stripes motif, while in the 1980s the Parentesi collection had a modular architectural presence; both show how the jeweller could lead in new directions with a strong sense of design”. 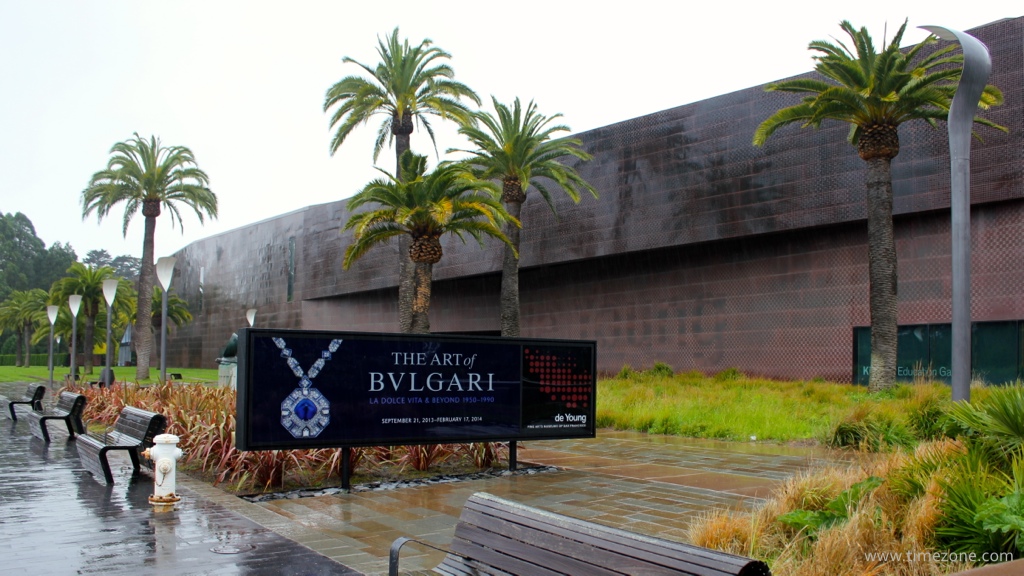 The “Art of Bulgari” at the de Young Museum 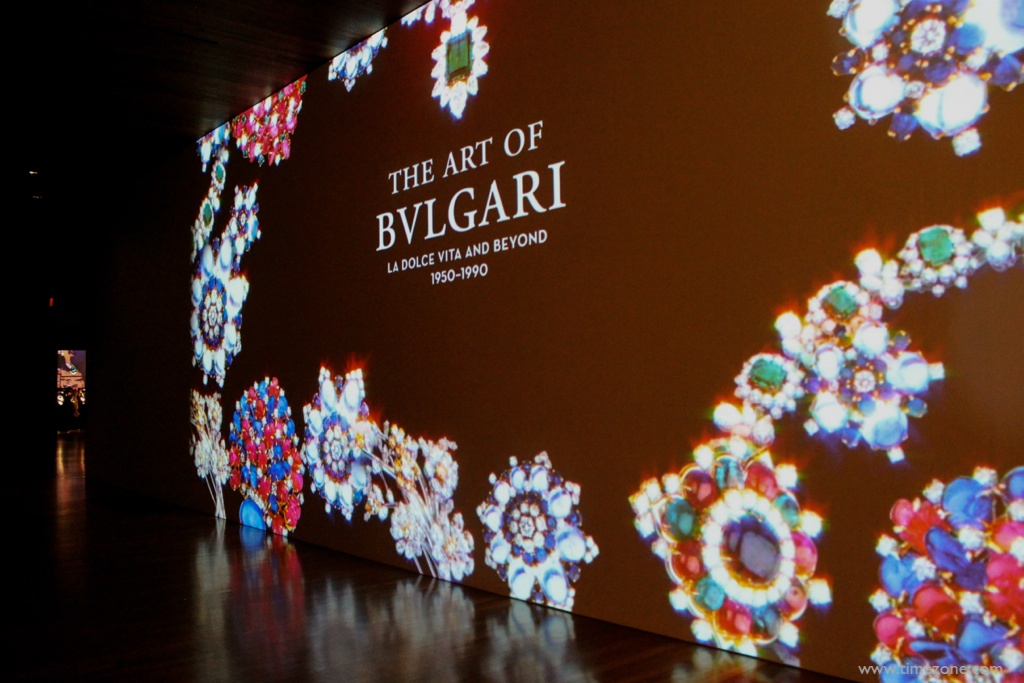 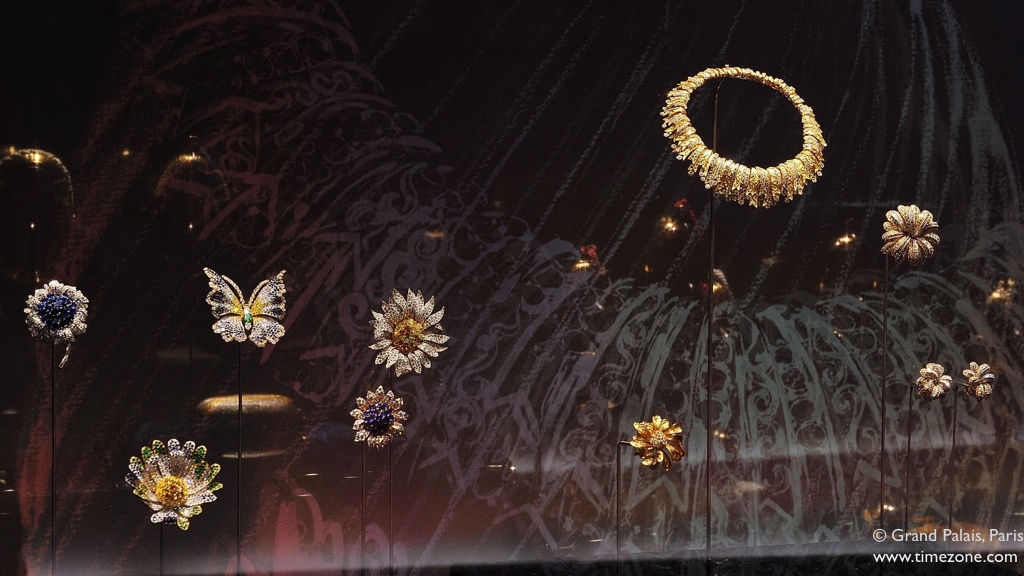 During the 1950s, Bulgari resembled the delicate style of French jewels 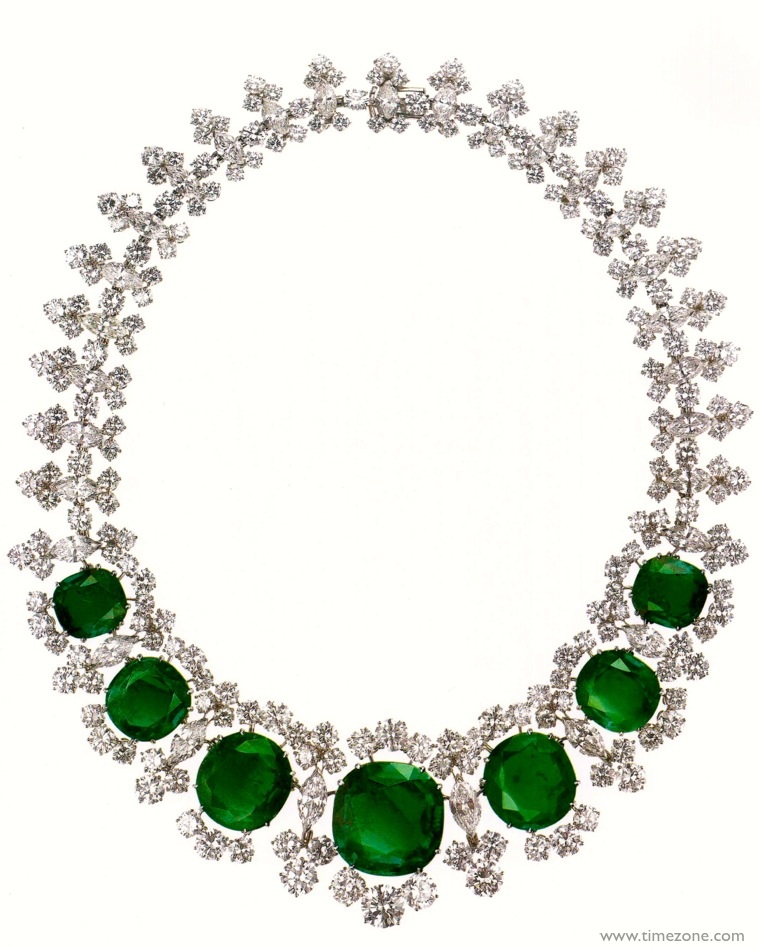 The ‘Seven Wonders’ necklace in platinum with diamonds and emeralds, 1961 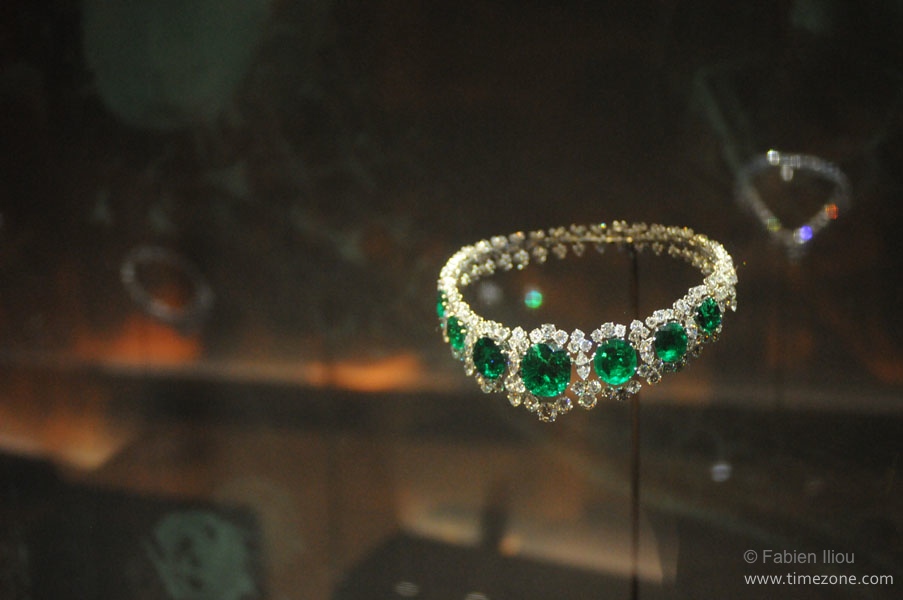 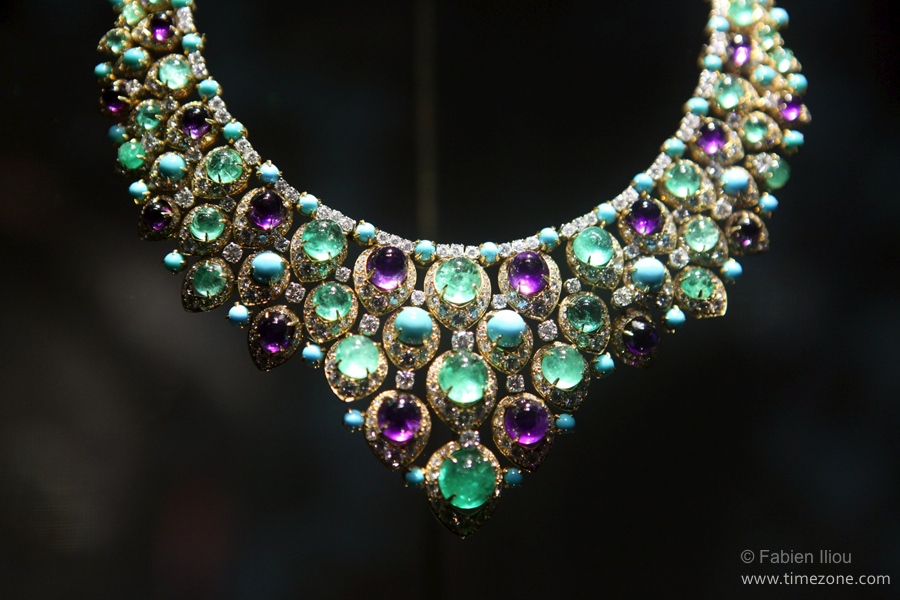 By the 1960s, the Bulgari style emerges with cabochons in unusual colour combinations
Bib necklace in gold with emeralds, amethysts, turqoise and diamonds, 1965 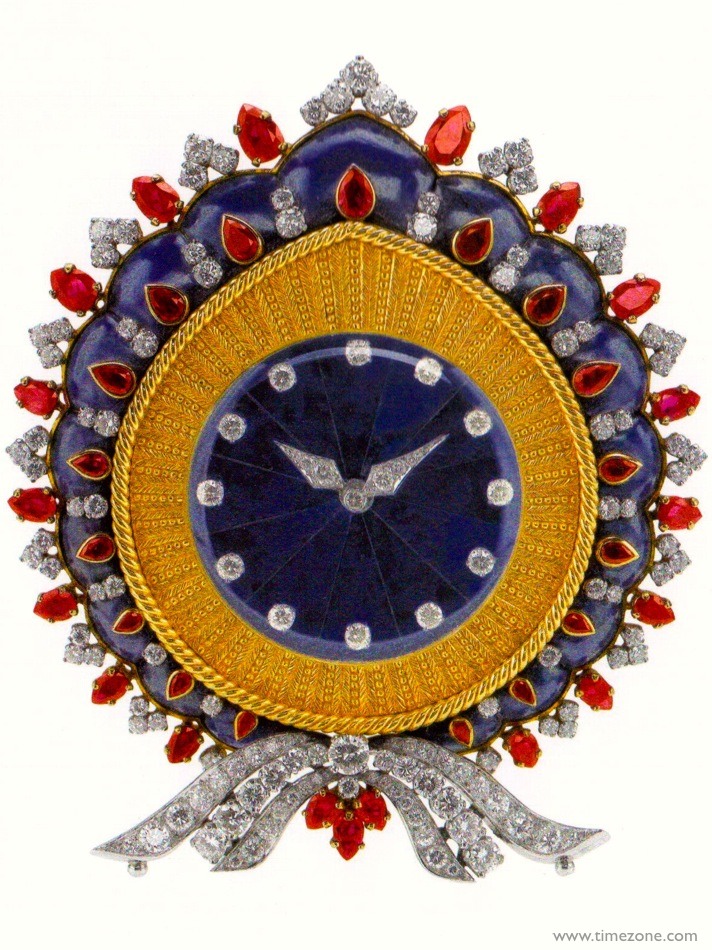 Table clock in gold and platinum with lapis lazuli, rubies and diamonds, 1968 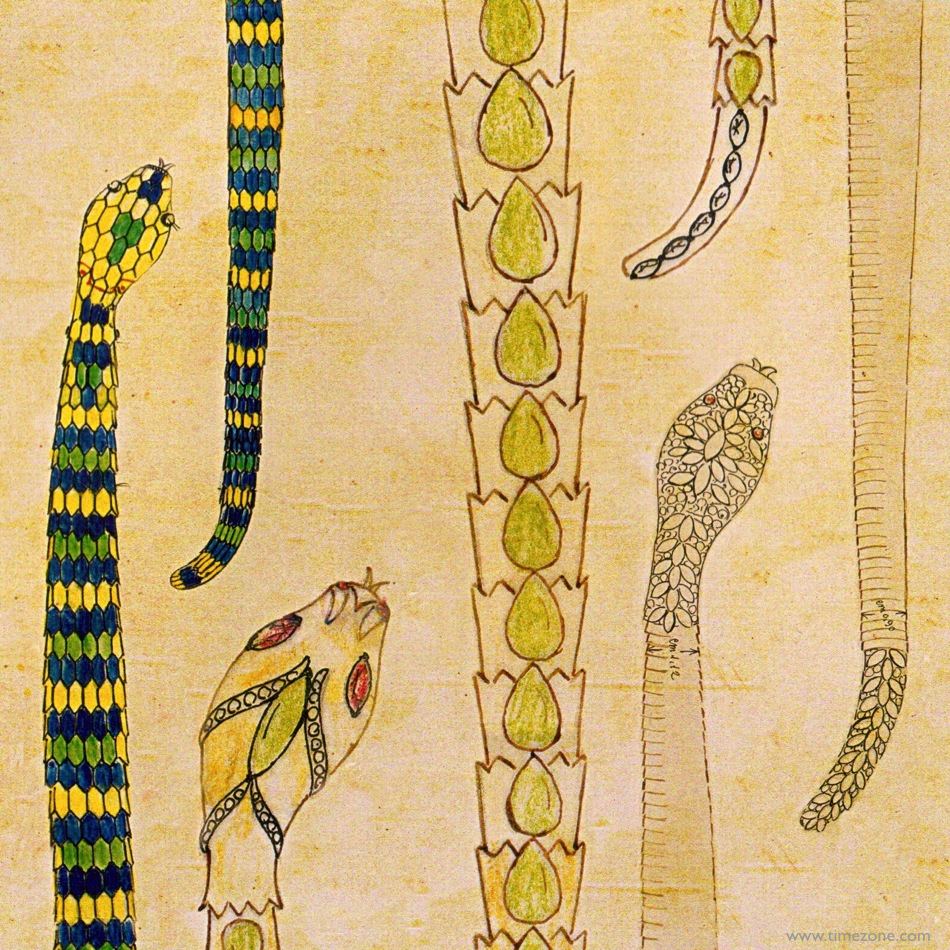 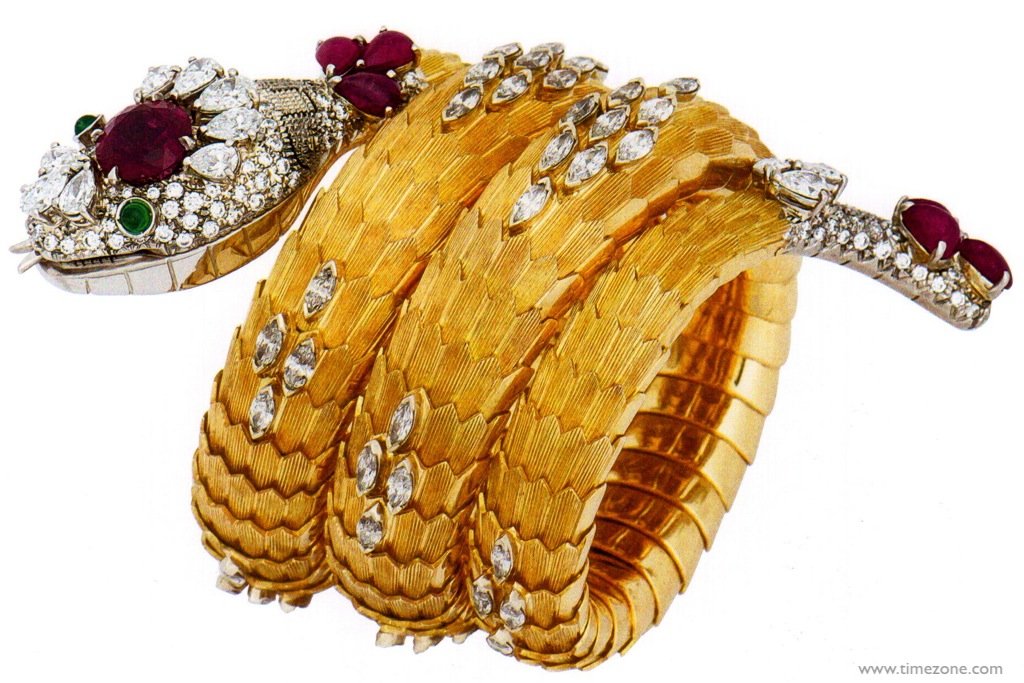 Serpenti watch in gold with rubies, emeralds and diamonds, c. 1962 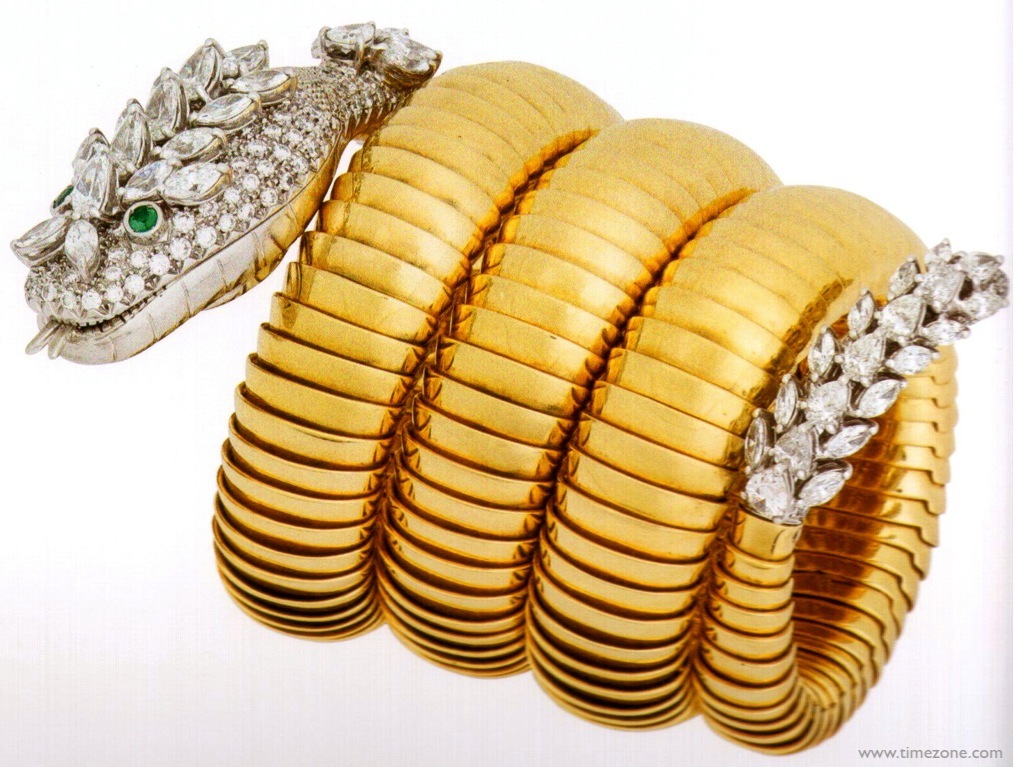 Serpenti watch in gold and platinum with emeralds and diamonds, c. 1962 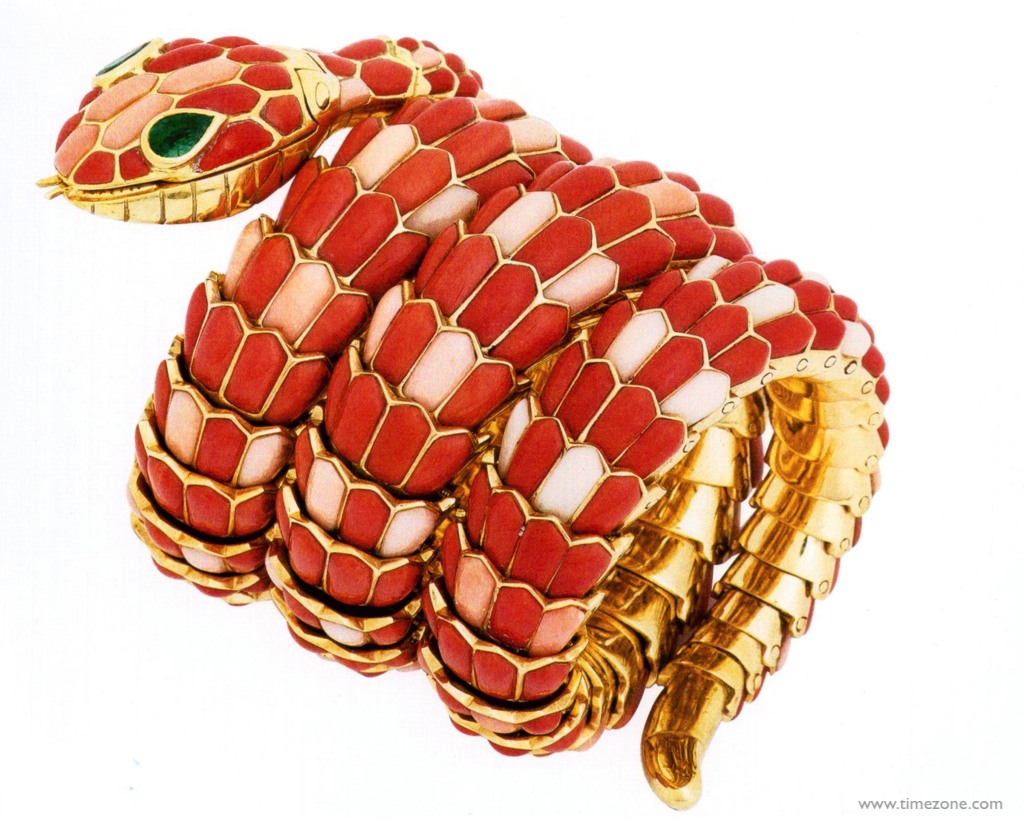 Serpenti watch in gold with coral, emeralds and diamonds, c. 1965 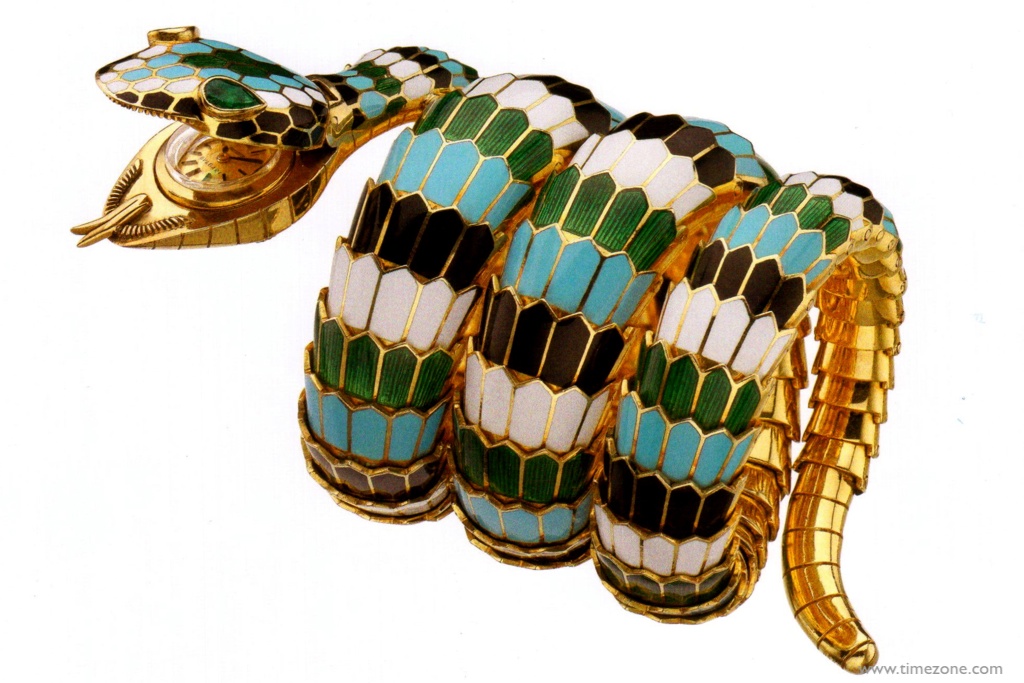 Serpenti watch with Jaeger-LeCoultre movement in gold, enamel and emeralds, 1967 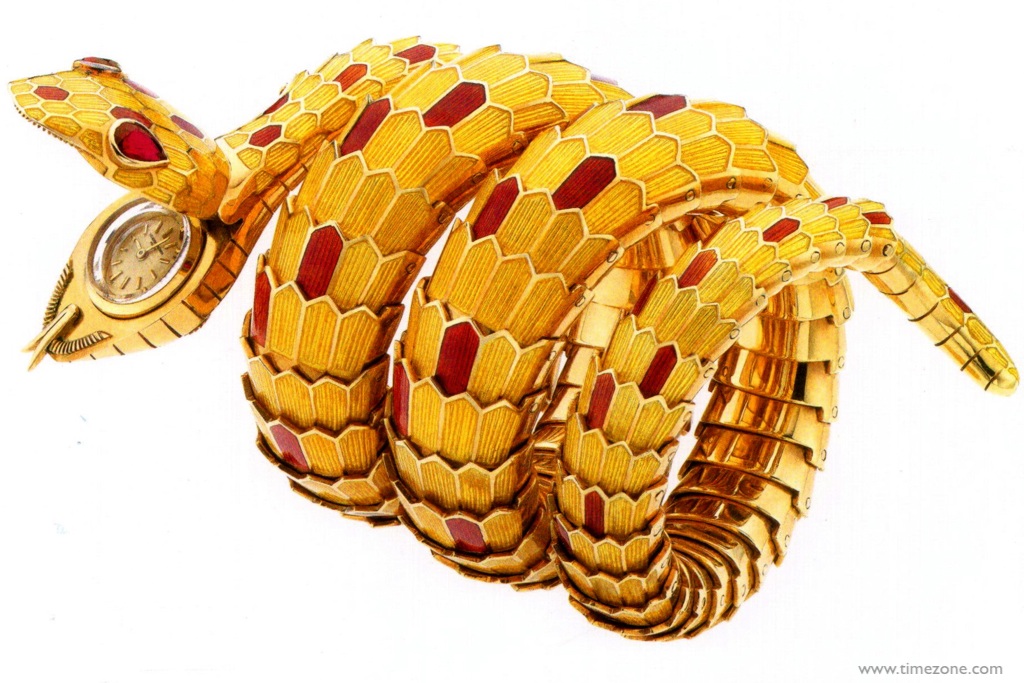 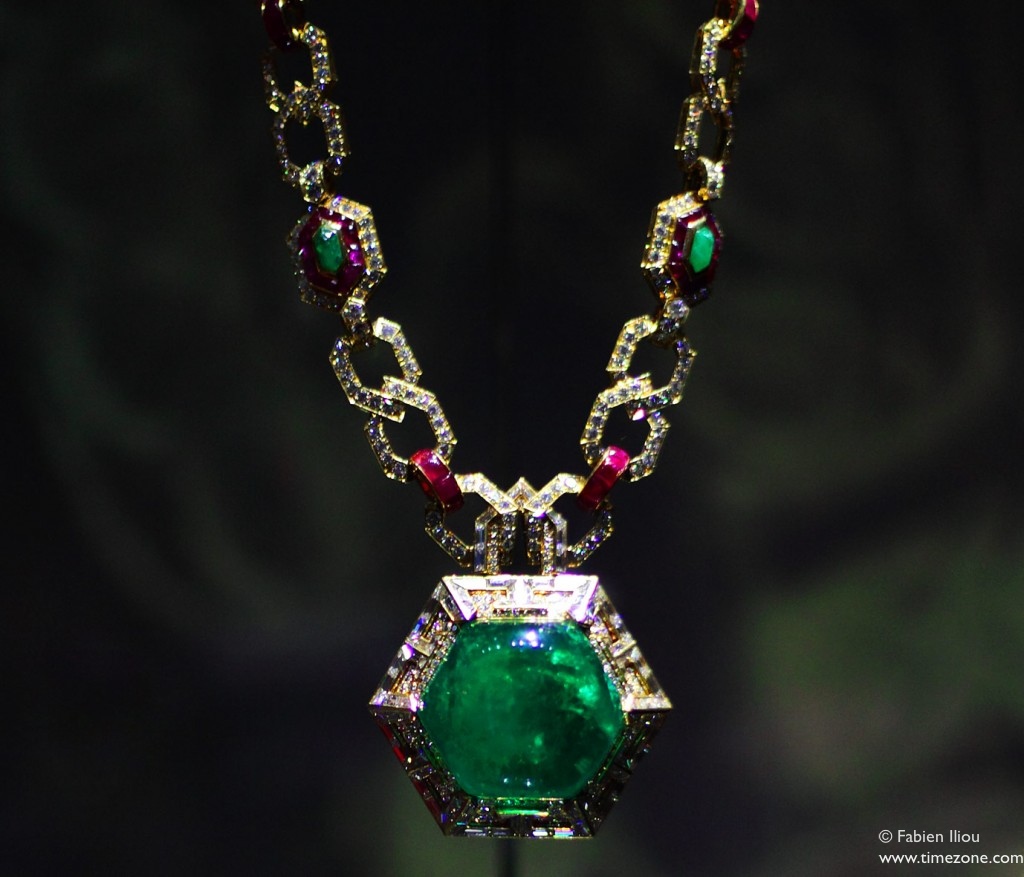 Sautoir in gold with emeralds, rubies and diamonds, c. 1970 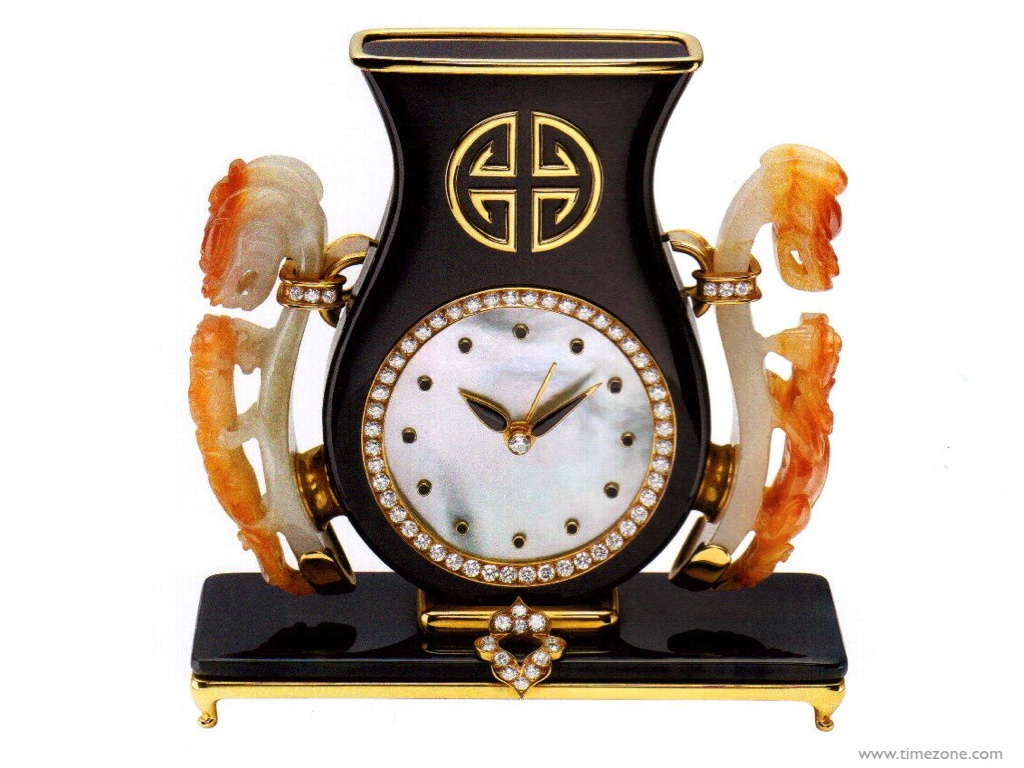 Table clock in gold with onyx, mother-of-pearl, jade and diamonds, 1980 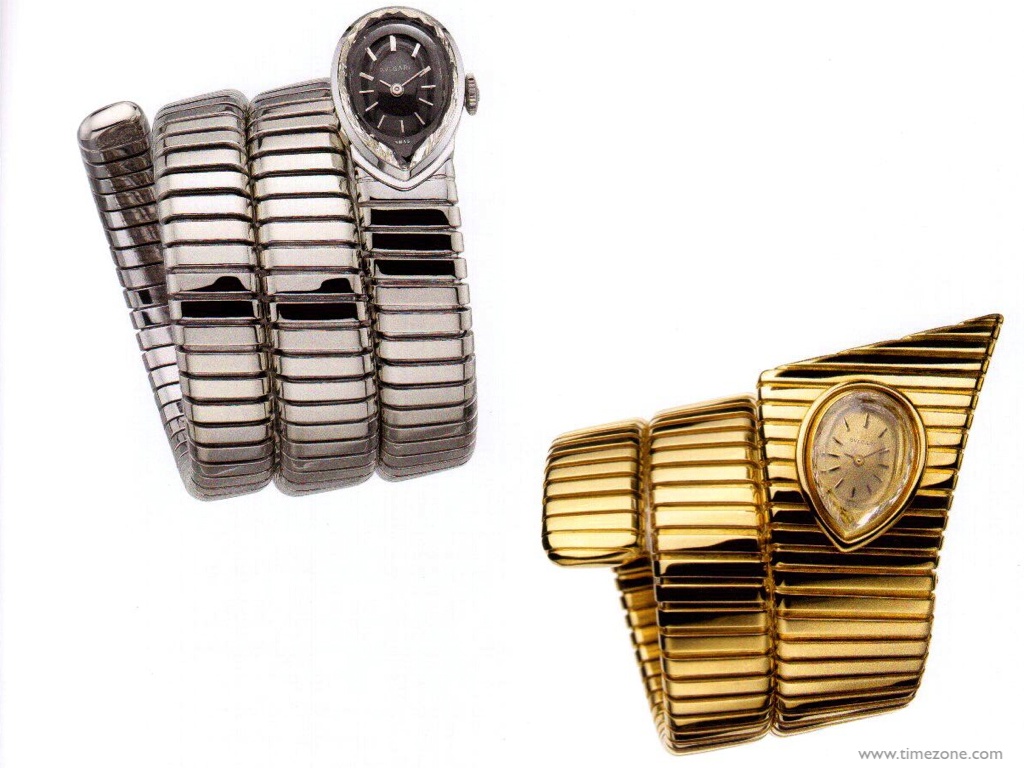 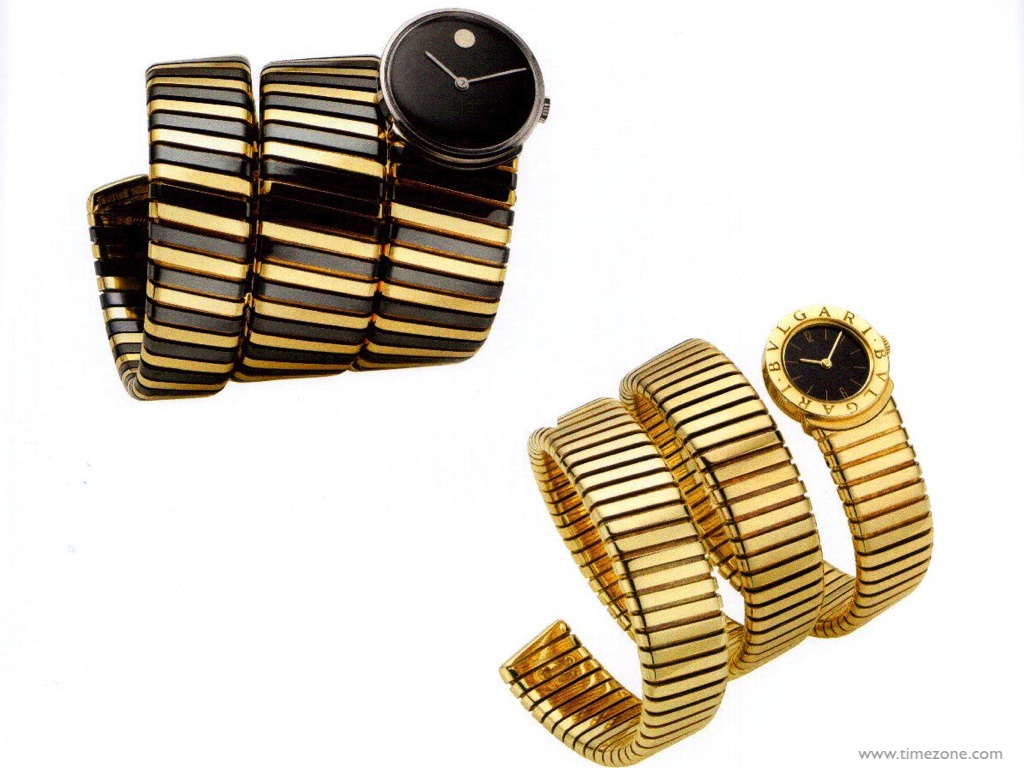 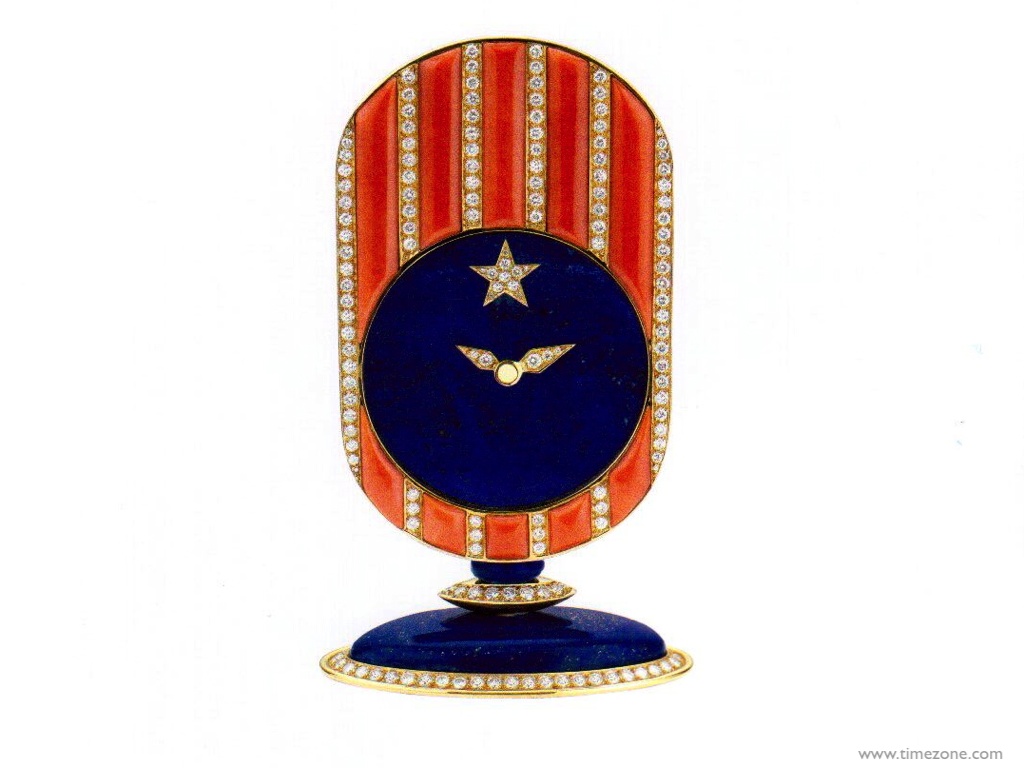 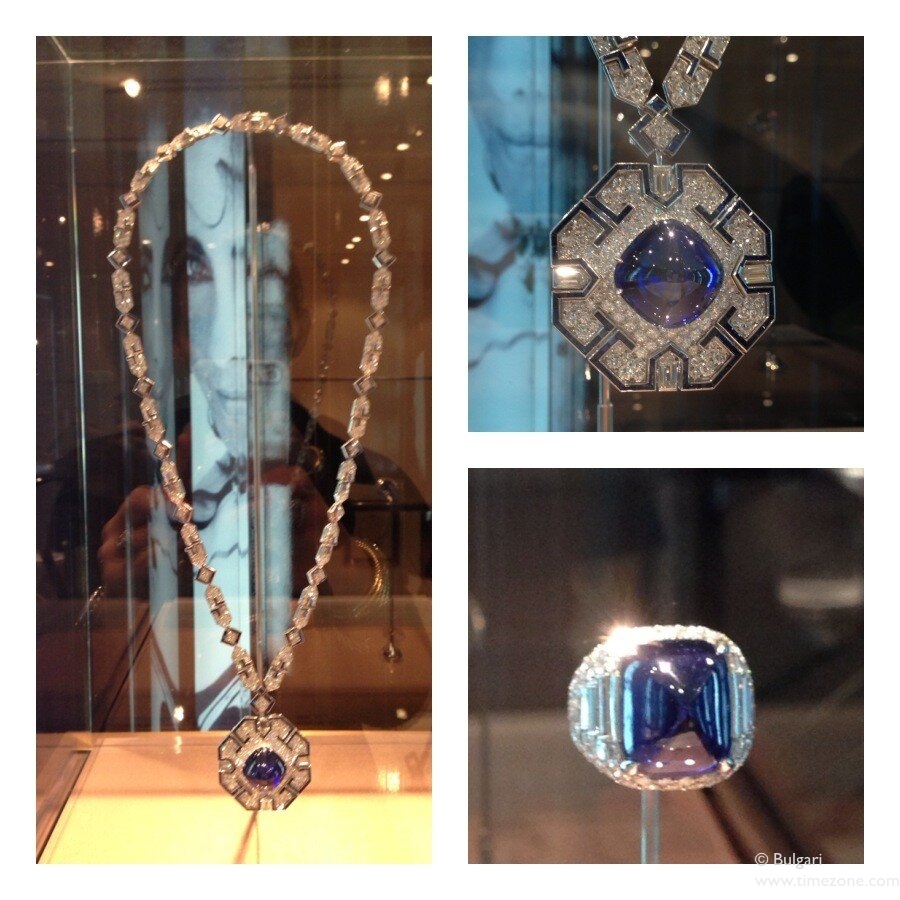 Sautoir in platinum with sapphires and diamonds, 1969
Bulgari Heritage Collection (Formerly in the collection of Elizabeth Taylor) 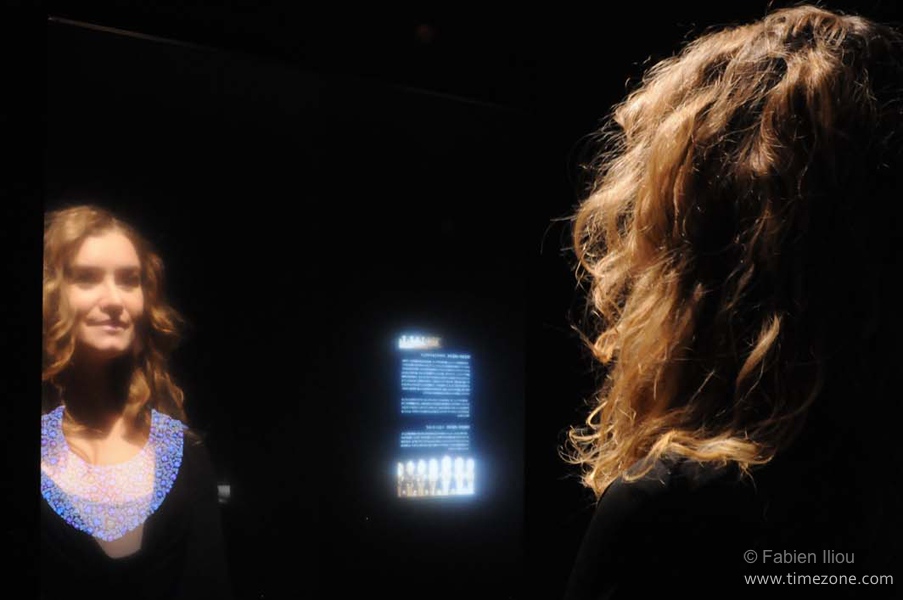 An interactive display illustrates the glamour of a Bulgari bib necklace 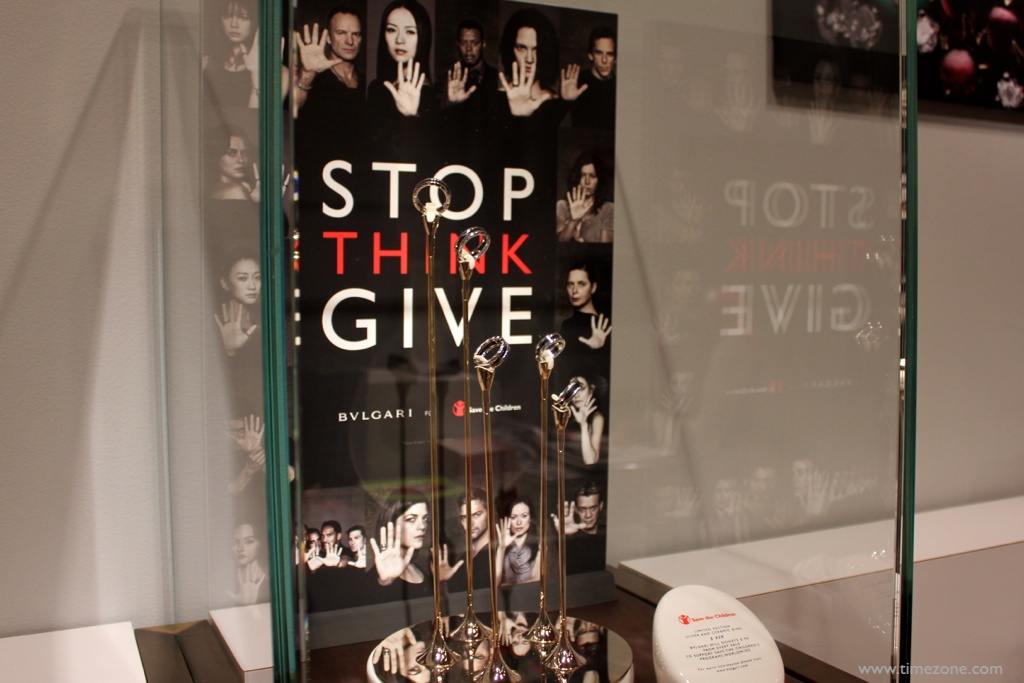 The Save the Children B.Zero1 ring is available in the exhibition store with proceeds to benefit the charity
(www.savethechildren.org) 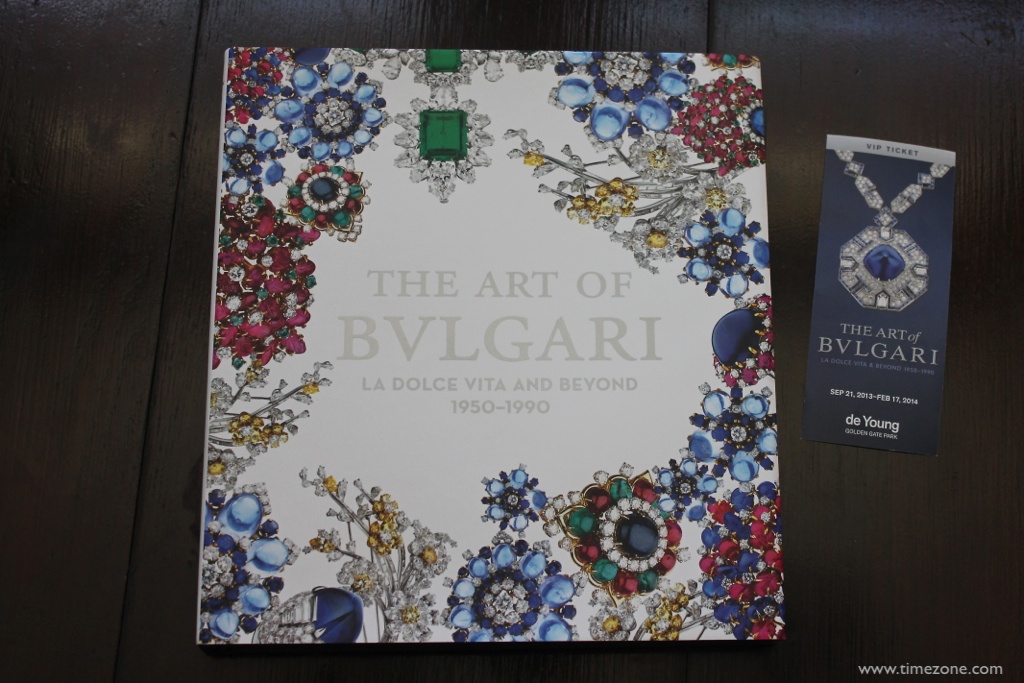 The “Art of Bulgari” catalogue by Amanda Triossi and Martin Chapman

The exhibition store is worth a visit as it is well-stocked with the important Bulgari publications, including the most recent 176-page Art of Bulgari hardcover catalogue by Amanda Triossi, Curator of the Bulgari Heritage Collection, and Martin Chapman. My sincerest gratitude to Martin Chapman, Clara Hatcher, Cynthia Ibana and the educational programs staff at the Fine Arts Museums for their time and hospitality. The Art of Bulgari: La Dolce Vita exhibition runs until 17 February 2014.