Cartier Crash, Ref. 091-91 in Yellow Gold
Cartier launched the original Crash watch in 1967. In 1991, Cartier re-introduced this spectacular, asymmetrical wristwatch in a limited series of 400 pieces. Thought to have been inspired by Salvador Dali’s surrealistic paintings, in actuality, it came about following a fatal car crash which took the life of a Vice President at Cartier’s London office. He was wearing a Cartier Baignoire Allongée (below), which sadly melted as the car burned. As a tribute to the fallen executive, the Crash watch, resembling the mangled watch, was born.

This manual winding modern version is marked ‘Paris’ on the dial, whereas the originals were marked ‘London’. In yellow gold, it measures 39 mm in length, with a diameter of 22 mm. 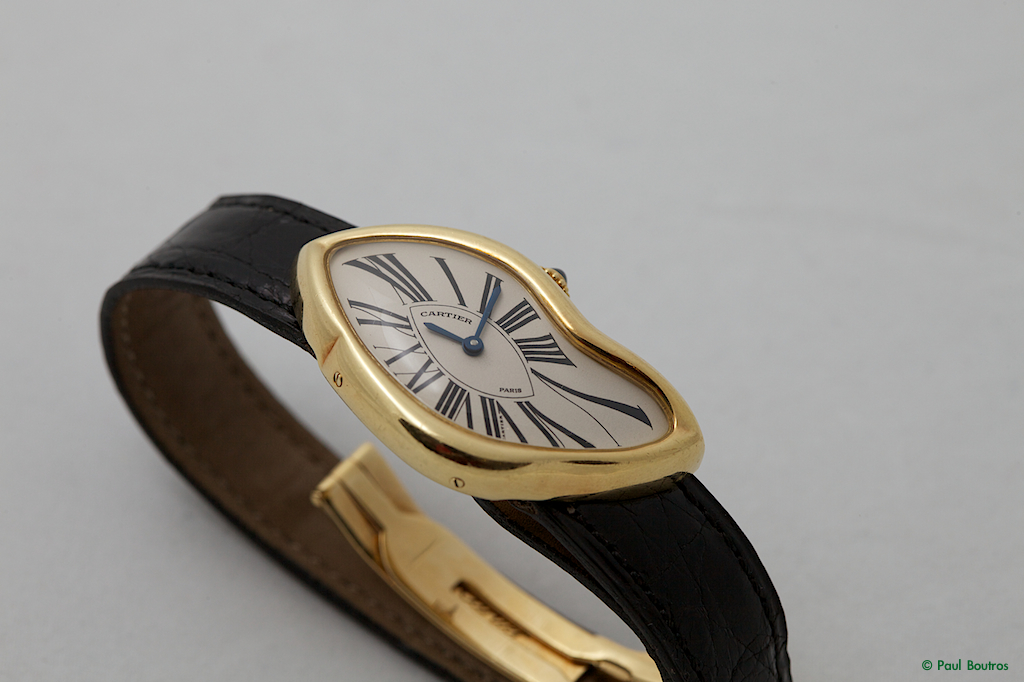 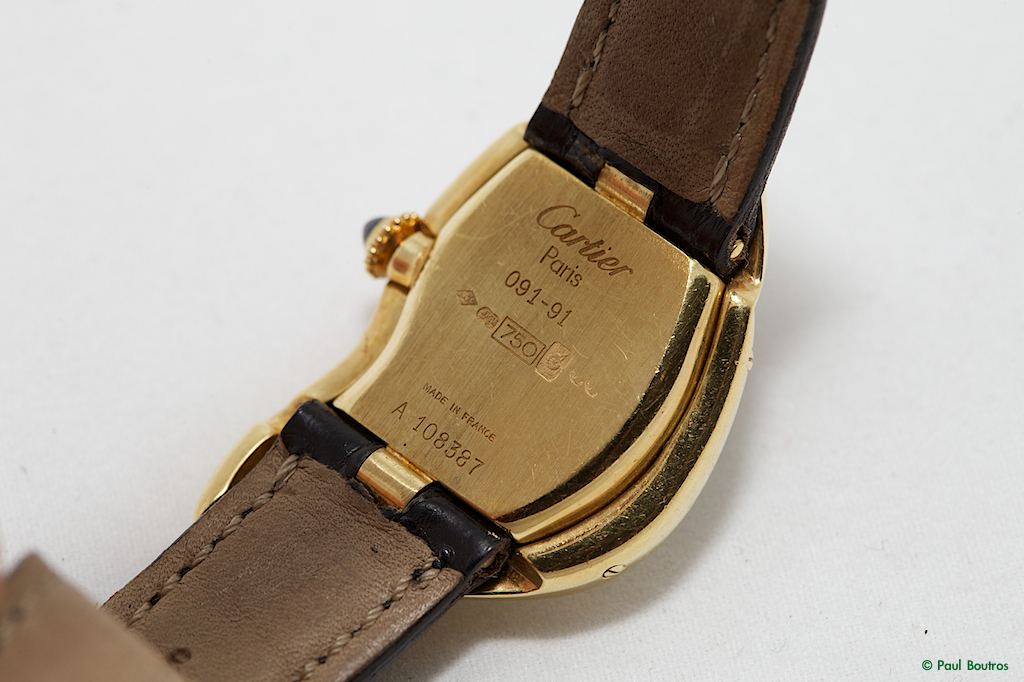 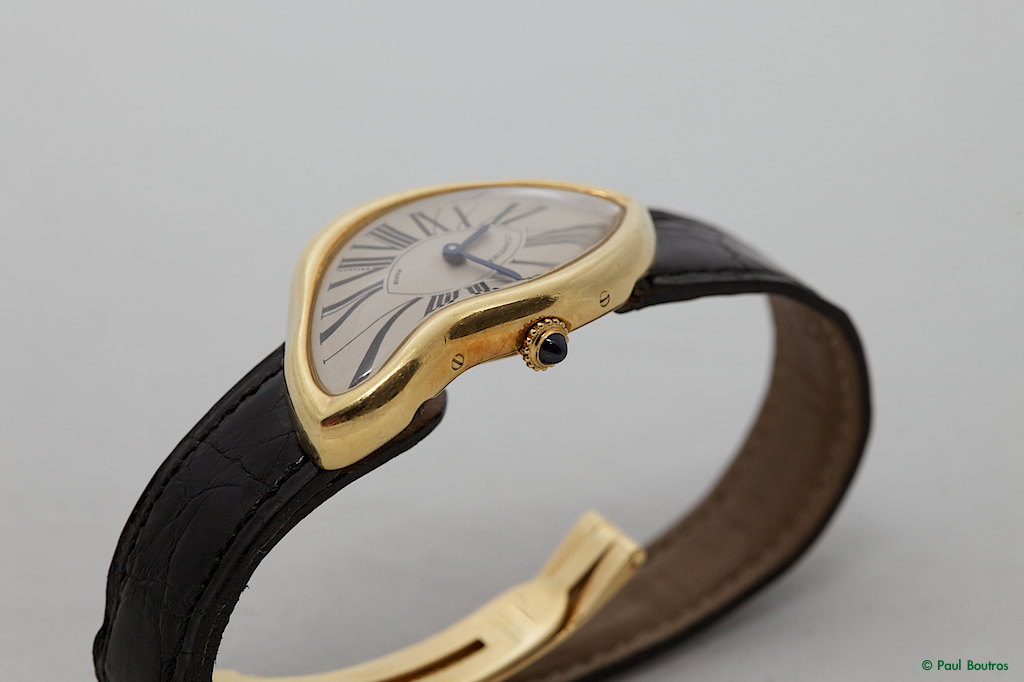 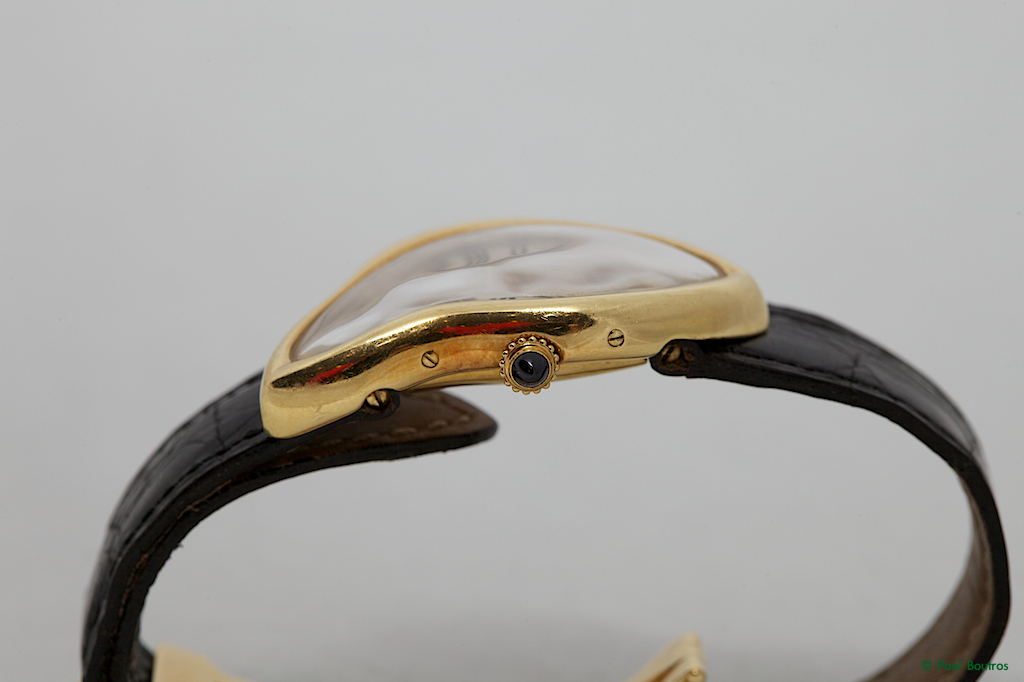 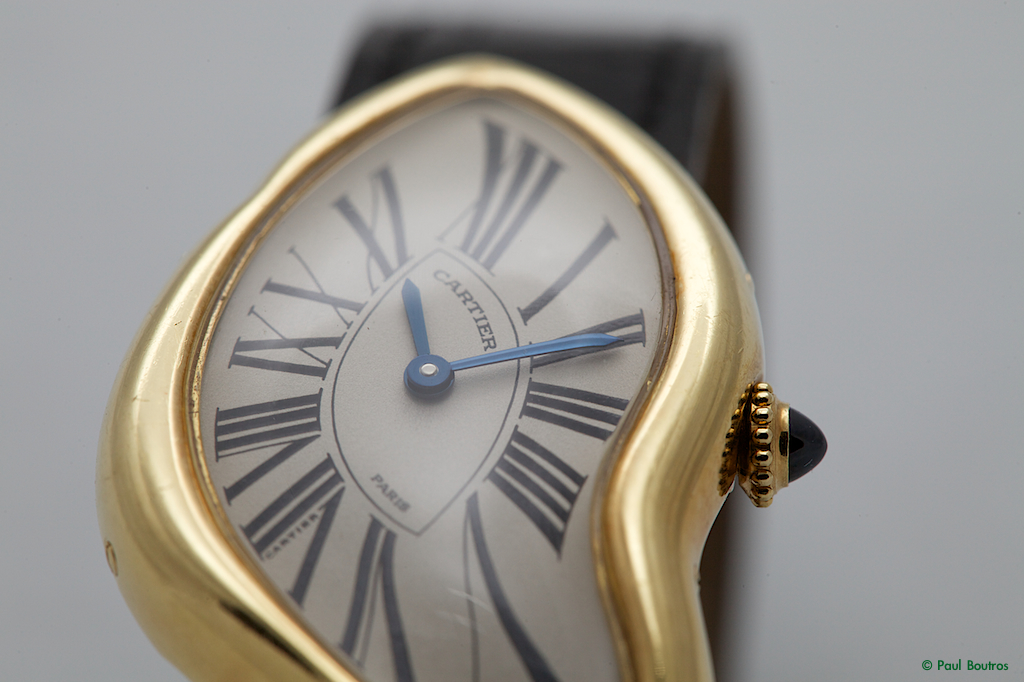 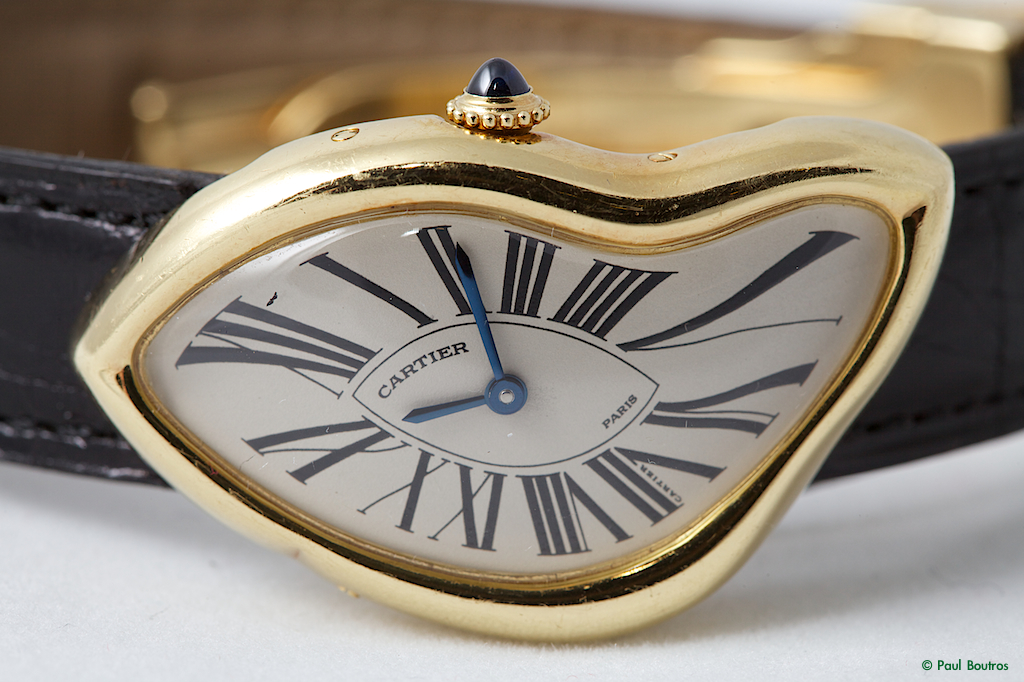 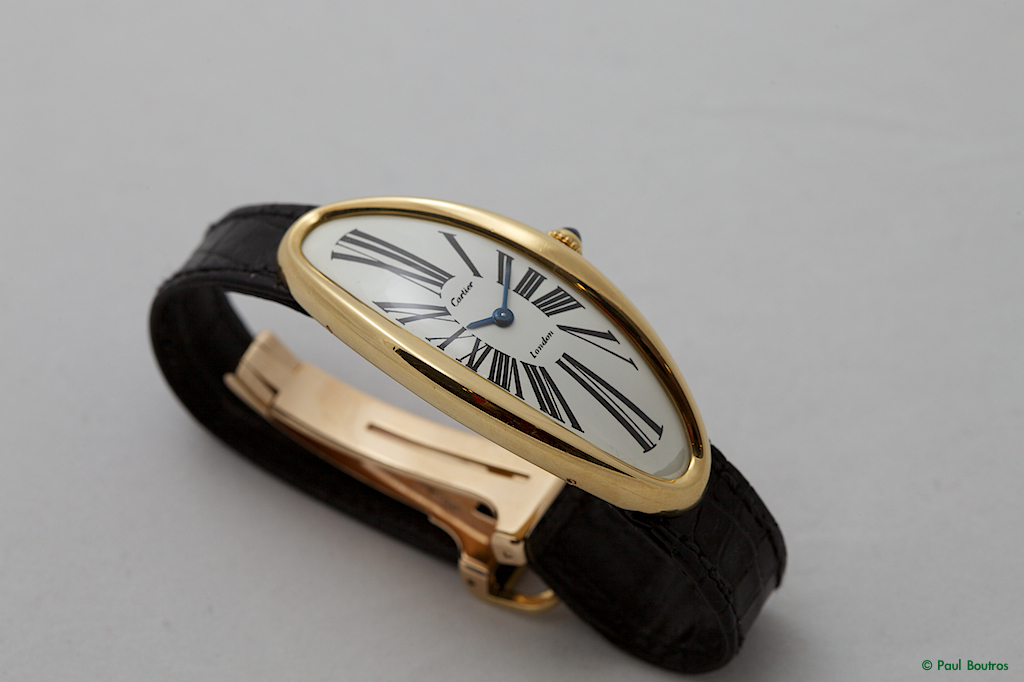 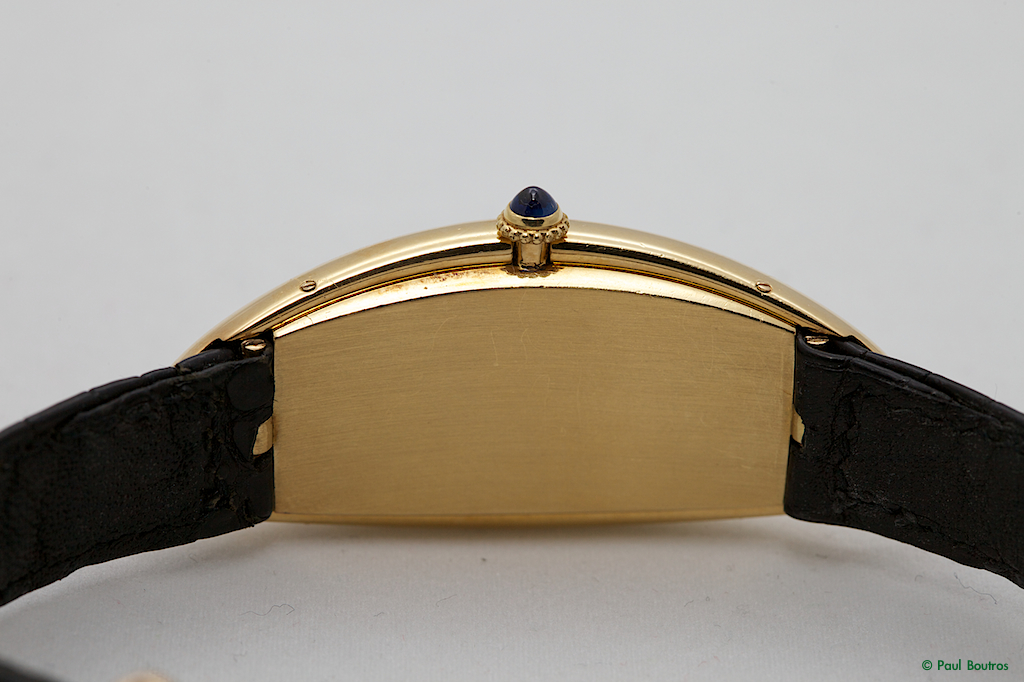 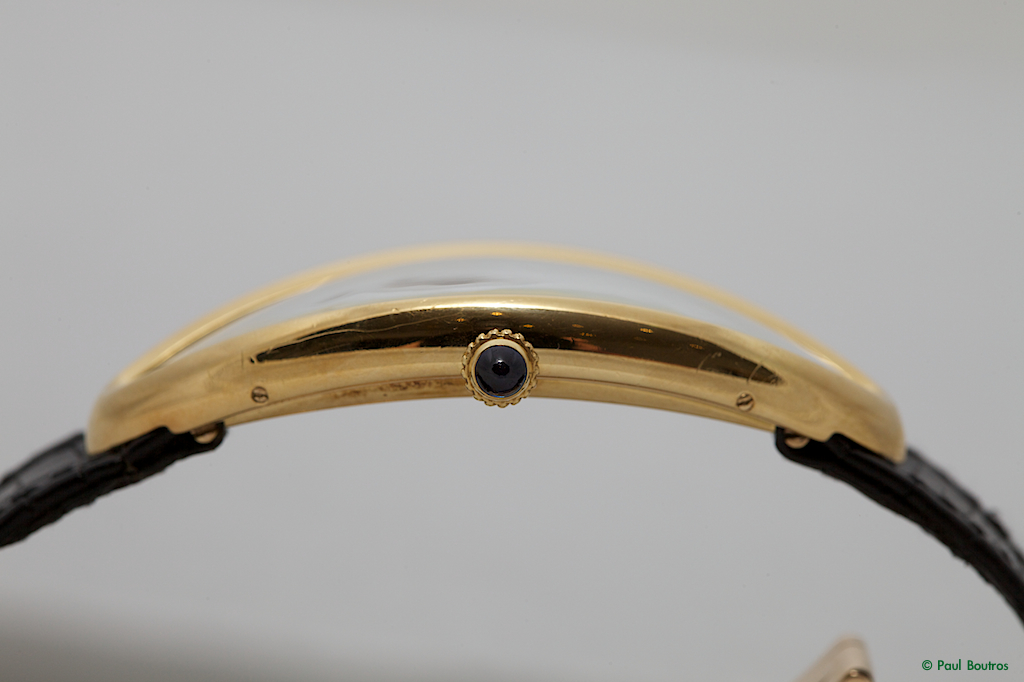 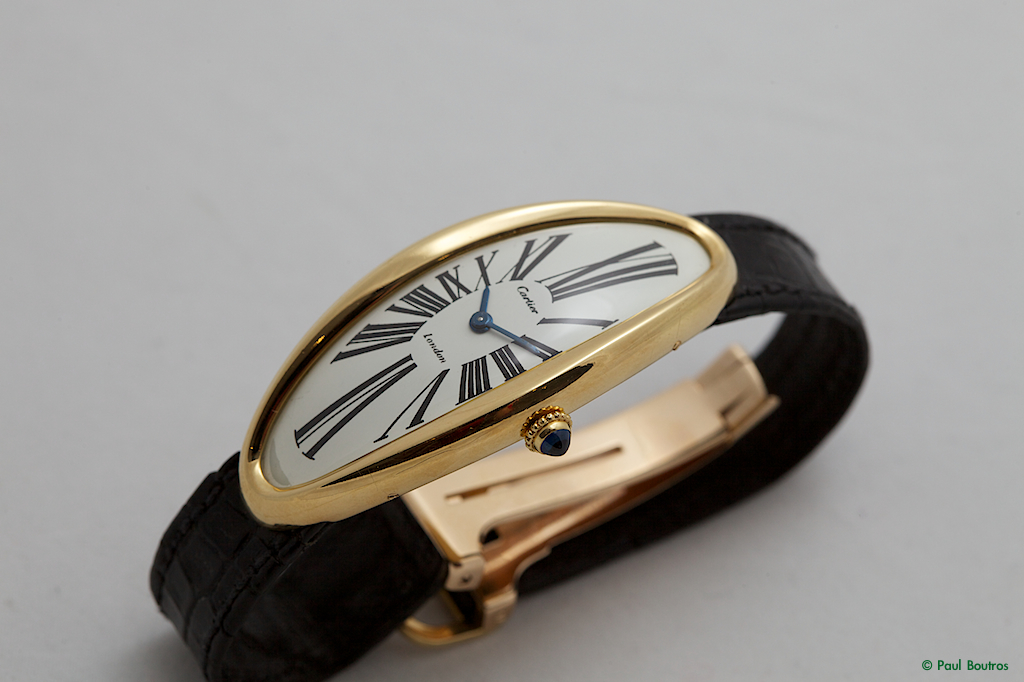 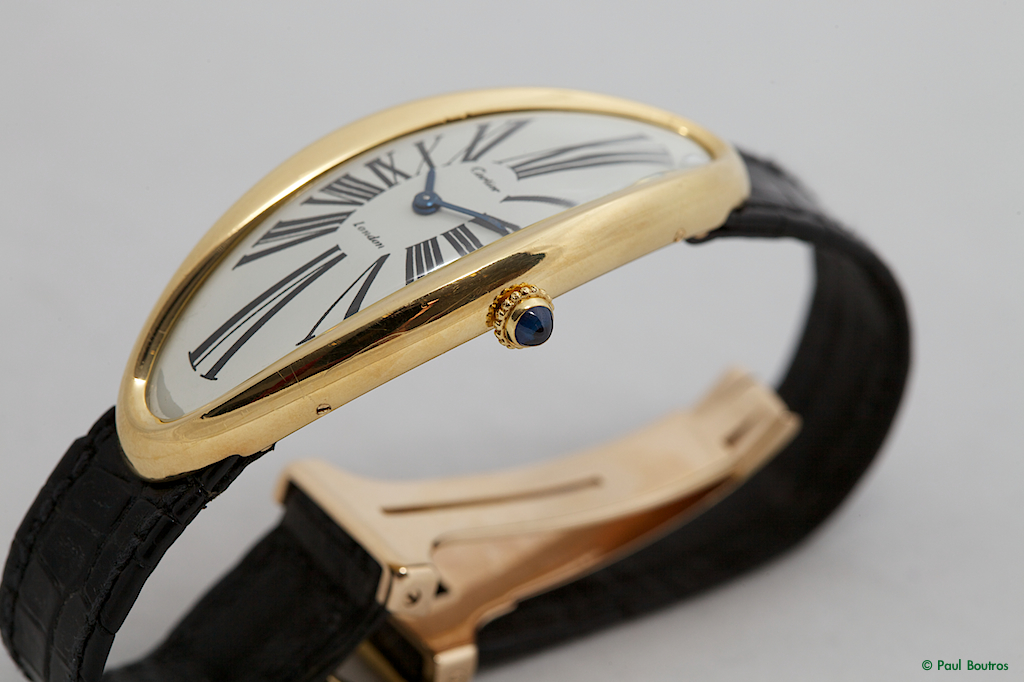 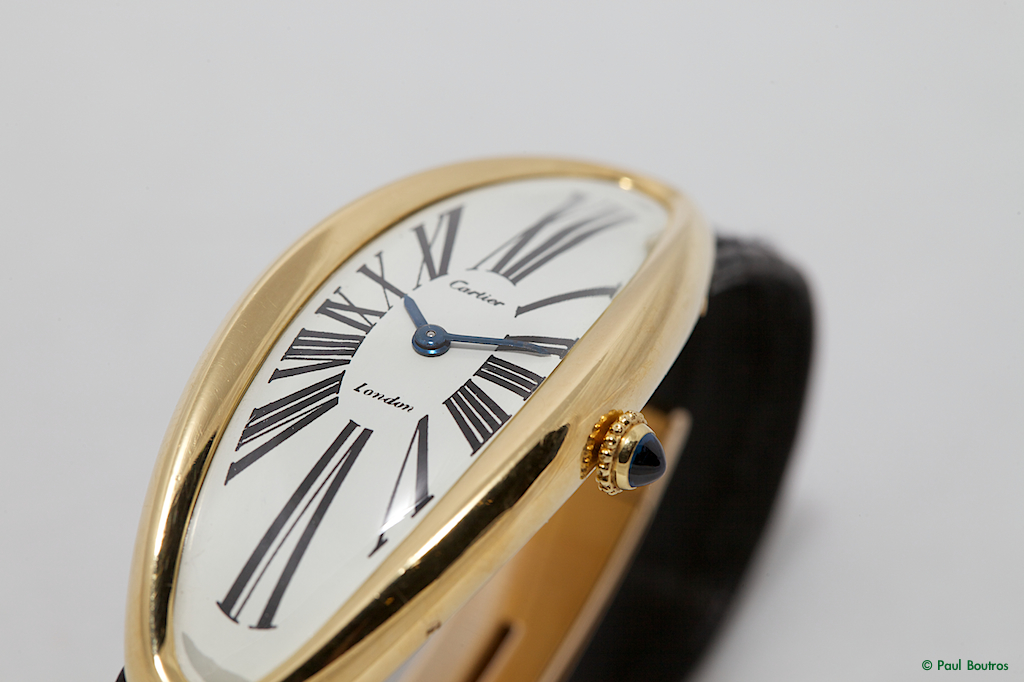