An iconic watch represents many facets of a brand, and iconic watches are so enduring that they are representative of the brand itself. For example, the Jaeger Le-Coultre Reverso (Reverso), the Cartier Tank (Tank) and the Rolex Submariner (Submariner). Throughout its 200-year history, Girard-Perregaux has produced several magnificent timepieces and, although relatively young at just 37 years old, the Girard-Perregaux Laureato is an iconic watch.

First presented in 1975, the Laureato is characteristic of the sporty steel watches of the 1970’s with its octagonal bezel and integrated bracelet.

At the time, the watch was quite revolutionary and broke with several established codes in the field of watch design (shape, material, movement, etc.).

The Laureato holds a special place amongst the Manufacture’s creations of the 1970s, a period of intense activity for Girard-Perregaux’s R&D department. The Laureato was designed to celebrate its latest technological breakthrough, which culminated in a radical innovation and set an international standard: Girard-Perregaux established the frequency for quartz movements at 32,768 Hz.

Girard Perregaux’s quartz history is a rich and detailed and more suited for future discussion. In summary, during the 1960s GP was one of a few brands with its own Research and Development department. While most Swiss watchmakers were undertaking joint research by entrusting it to the Swiss watchmaking research laboratory (Laboratoire Suisse de Recherche Horlogère) and the watchmaking electronics centre (Centre Electronique Horloger), from 1962 the Manufacture struck out on its own. It was then almost inconceivable for a firm to conduct its research independently. However, Girard-Perregaux confirmed its desire to ensure that its procurement was not dependent on suppliers servicing the entire industry, and also that its products were not manufactured using a movement developed as an industry standard.

The name Laureato was suggested by the Italian Girard-Perregaux representative of the time and is a tribute to the film classic “Il Laureato” (The Graduate) directed by Mike Nicholas and starring Dustin Hoffman, Anne Bancroft and Katharine Ross. It is no coincidence that this was the watch often given to young Italitians on graduation day. 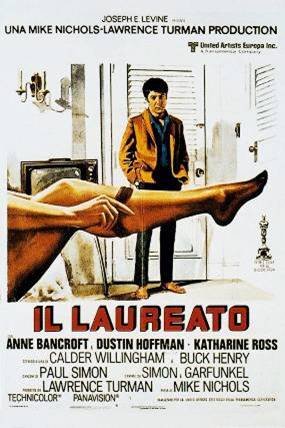 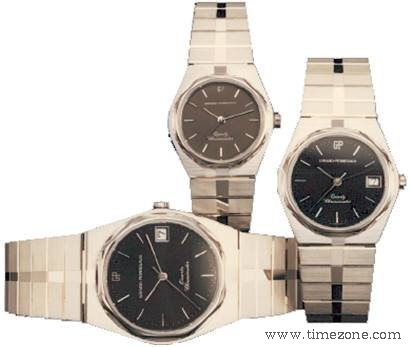 In 1984, Girard-Perregaux presented the first evolution of the Laureato with: